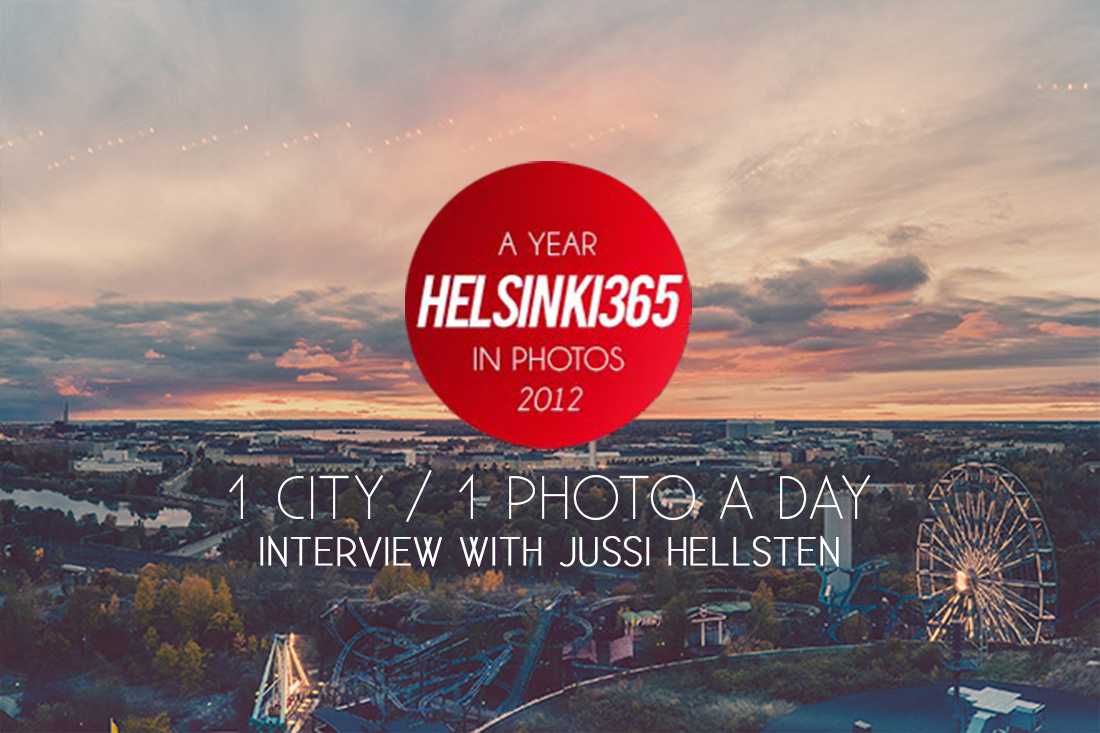 What’s better when you’re a photographer and just arrived in a city, to try to appropriate it, to soak it by taking a photo a day? This is what Jussi Hellsten, Finnish photographer, who throughout the year 2012, has explored his new home city, Helsinki. Helsinki 365 is the result of this year of discovery, a project full of sweetness, poetry and managed to summarize the essence of this city. Interview of Jussi Hellsten, a few days after the beginning of the year, and consequently the end of the project.

RdM : I discovered your work by chance on the web through Facebook or Twitter (I don’t remember). Tell us who you are, where are you from and what do you do ?

Jussi : Hey there! It’s always nice to hear when people find my work by chance and even better when they like it. 🙂
I’m from Helsinki, Finland. I’m freelance photographer and film editor.

There were actually few reasons. I had planned starting A Photo A Day -project for few years already, but I hadn’t figured out good enough theme for it. I never studied in “real” photography school so I really need to work my ass of to keep the same place as all the other photographers. I wanted to experiment my enthusiasm and love towards photography – how to maintain interest towards something you work with everyday for a long time.
So I choose Helsinki as my theme. Or in the beginning it was like a frame for the project and I wanted to see where it takes me. I’m not originally from Helsinki and I grew up in very small village where closest grocery store was in 15km. Even thou I have lived in Helsinki for almost five years, it still doesn’t feel quite like home. I wanted to explore the city and find the things that I think make Helsinki the city it is. 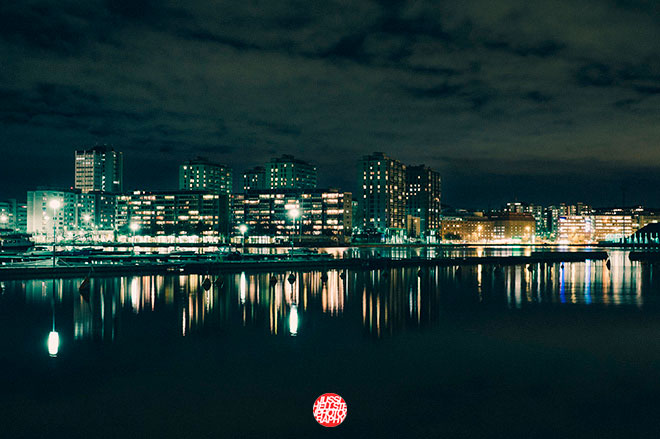 Tell us about the city of Helsinki, because it’s a kind of tribute to this city you realize, even a declaration of love !

For sure! I really wanted to find mostly things I like in Helsinki. I wanted to find and show beauty in most common things. Year 2012 was very interesting choice for the project, cause there is this new generation of youth who is really into making Helsinki the city they want to live in. There is huge amount of positive energy flowing in Helsinki right now. Project also made me actually see it. I probably wouldn’t have noticed it otherwise.

It emerges from your photos something smooth, and very calm, and even poetry, do you think that it’s the impression that emerges from this city, or is it just your personal vision?

I think thats what I try to pass through with my photos. I don’t alter the photos afterwards by I do have quite have hand on effecting the photos. I think the taken photo as canvas there I start to paint the colors and hues to create the mood I feel or felt.In the beginning I had thought that I will explore different techniques during the project. The “look” somehow just came and it all started to make sense. Even when I hadn’t written any rules down (I had some in the beginning, but very broad), I knew very well what fits to the HELSINKI365 serie and what doesn’t. 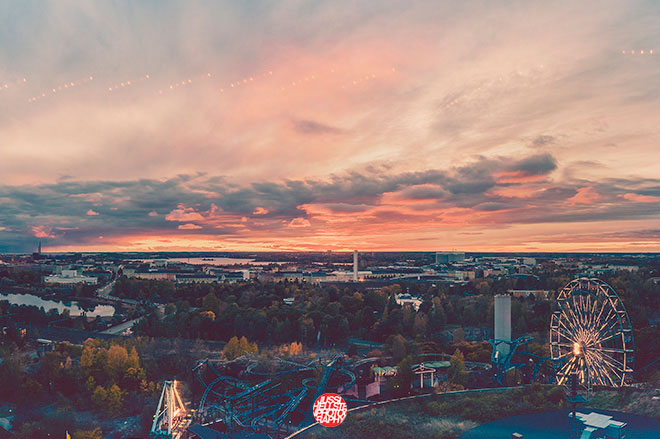 1 photo a day, is not too restrictive? How do you do it, do you always carry your camera when you take a walk?

Yeah well there’s a loop hole in that. Cause I have a lot of friends and relatives outside Helsinki and I need to work, sometimes very long days, I only post one photo. Necessarily it has not been taken that day. That’s also what says in my project info in www.helsinki365.com.
Some people have been a bit disappointed, but I really would need some serious funding to actually make it work. But hey! I’m up for it! Interested people can contact me! 😀
But yes, I do carry my camera with me every day. Most of the days I do photography and 90% of the photos are taken within two days. I wanted to keep chronology in the photos. Especially if there’s something in the photo that is fixed info in some particular day, like New Year, Easter, Mid-Summer, Independence Day etc

Is that sometimes you’ve cheated ? One photo of the day was taken several days before ?

Yeah, well the answer above says it all. 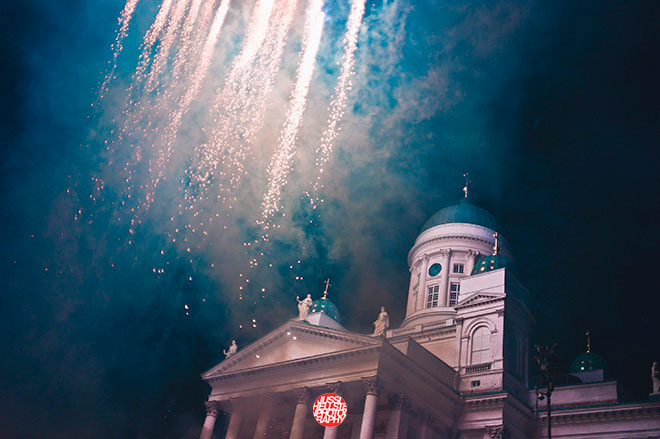 We’re soon at the end of the year, what conclusions you make from this project ?

I think I might need some more time to actually look the project in objective point of few, but at least I know I still love photography – even more than when I started the project. And I started to like Helsinki maybe more.
Even during those days when I wasn’t able to actually photograph, I was disappointed. There were not that many days in the year that I just didn’t want to photograph. Maybe after a loooong photoshoot when I had been photographing for 14 hours and so on. 🙂

During the project I really got in street photography. I’m going to continue that area more next year. Cityscapes are my favorites. I like the architecture and different kinds of lights in the city. 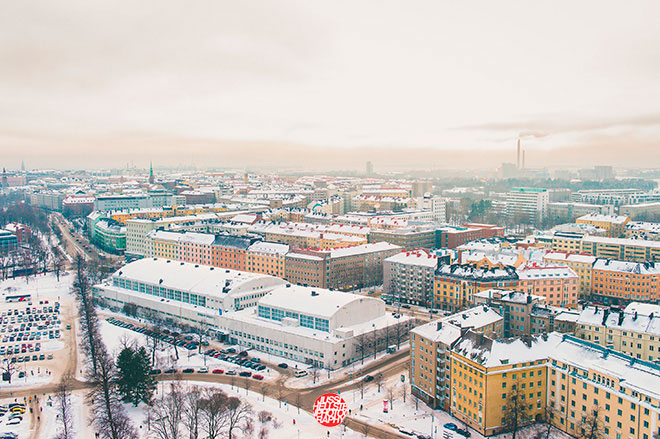 What the next step of your project : exhibition or even a book ?

I actually already had a small exhibition. It was from October till the end of the year, but I only contained 16 photos. It was more like a ad for the project. But yeah, I have few things planned, we’ll see how they work out. Hopefully larger exhibition at some point and I’ll be selling more prints from the photos, cause many of them work really well in large prints.

Do you always shoot with the same camera ? What’s your camera (lens, camera,…) ?

I actually started with Leica M9 and got few lenses (50mm, 35mm and 90mm) but I needed to update the gear I work with so I had to sell it. For the summer I shot with my work gear (Canon 5D mark II) but it got way too hard to carry it with me every day. So I got Fuji’s X-Pro1 with 18mm and 35mm lenses (27mm and 53mm full frame equivalent) for the rest of the year. 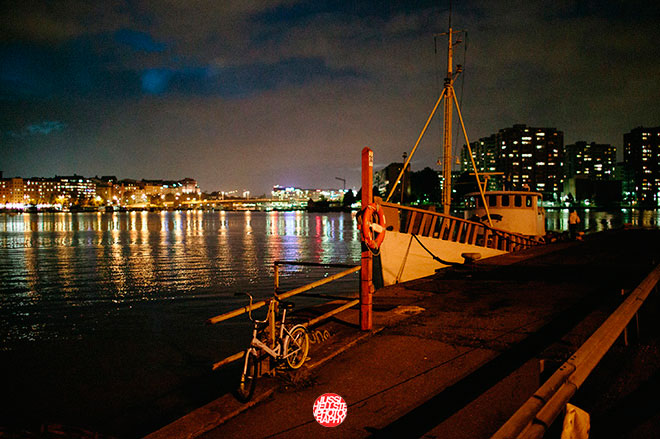 Are you for or against post-editing ? What’s your point of view about that ?

In HELSINKI365 I really didn’t want to add or remove any elements but otherwise my photos are quite heavily edited – mostly colors.
It depends on the purpose. I personally have created the look people already know me of. It’s already kind of my signature thing. But also I wanna evolve with the editing and hopefully with my skills.
I think editing is ok when enhancing the mood of the photo, but when it starts to alter the reality then I’m against it. Or it’s not for me. Some people do it really well, but their not documentary photographers, which is the category where I’d but myself into.

What are your future projects ?

I’ve been already playing with a though that I’d do a year long project every year in the future. It would’ve necessarily have to be this intense, but year is a perfect time to learn a new skill.
During the year 2012 I got really into street photography and have been planning to start project where I photograph one roll of film every week on the streets. Also I’ve been planning to start developing my own black&white film. Good thing with this project is, that I’m not locked into one city and I can do it where ever. But the style would be very old fashioned street photography like it was in it’s golden era. We’ll see. 🙂 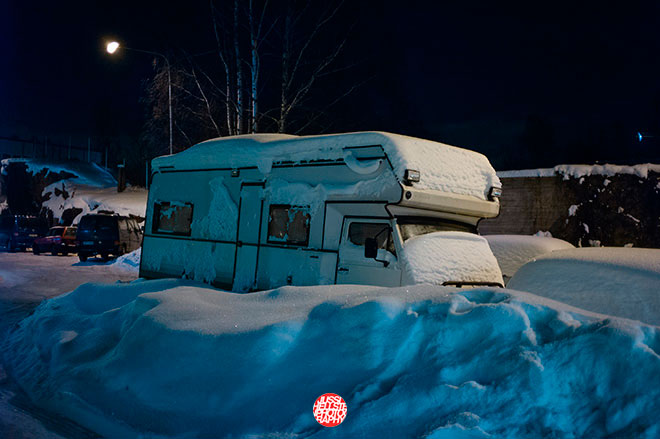 And what about traveling ? Do you have the chance to travel with your job ?

Yeah I do have some assignments outside Helsinki, and have nothing against those. I like to explore and see new places. Adventures bring up the little boy inside me. It wakes up the awareness in whole different way. Also wouldn’t mind if I’d have to do it more

Cause of the job of my parents we didn’t travel that much in my childhood. When we did, we traveled within Finland by car. Maybe still the first memory of actual trip was our school’s week long trip to more north of Finland. Almost everyone else got stomach flu during the trip but I didn’t. 🙂

In the 90’s Finland had this boom of ship cruises to Estonia and Sweden. Cheap booze, food, tax free shopping (mainly alcohol and candy) and one nightclub. Cruise lasted over night to one way, staid in location around 6 hours and then took us back to Finland. I cant remember anything specific but that it was, I think. Not very mind blowing. 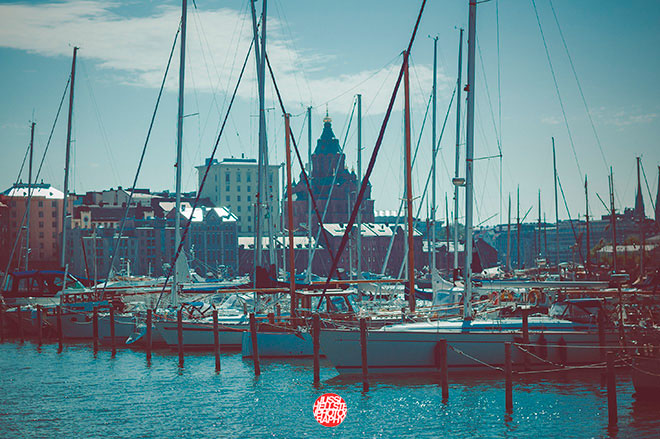 Which country did you like the most or/and most disappointed ?

Due the circumstances I haven’t been traveling that much before but now we’ve been catching up the phase with my wive. We’ve been in few countries and cant really say that I would’ve been disappointed to any of them. Latest trip was in November and we were in New York. Maybe before I had my doubts cause people use to describe it like some divine location, but I was really positively surprised.

Is there a picture you didn’t have the opportunity to shoot and you would like to change the past to take it ?

There has been many that kind of photos, but then again I like to think that there’s always more interesting things coming up and a lot of interesting stuff that I’ll miss anyways. I like to center my energy on those things that I have privilege to work with.

One last thing to add ?

Thank you for the opportunity to tell about my project! All the best to you guys and the readers of your great site!

Where can we see your work or follow you ?

I do like to be quite active in social media, so there’s few different options: